As the dog days of summer rage on, we’re bringing you coverage as hot as the season. Politics! Marijuana! Australia! WATERWORLD star Kevin Costner! This latest roundup has it all! Enjoy! 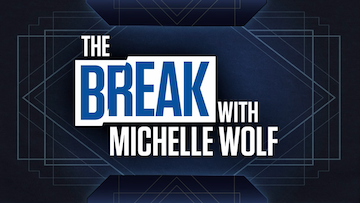 THE BREAK WITH MICHELLE WOLF (Netflix)

After her explosive performance at the White House Correspondents’ Dinner, Michelle Wolf burst out of the shadow of THE DAILY SHOW, where she has served as a correspondent for the past two years. THE BREAK features a monologue at the top of the episode by Wolf that should make any other late-night host weep for its obvious superiority. Wolf is excellent at making clever, unexpected jokes from the same over-ridiculed headlines that have already been rehashed on LATE NIGHT WITH STEPHEN COLBERT, THE TONIGHT SHOW, and all the other late-night facsimiles in the preceding week. THE BREAK WITH MICHELLE WOLF is worth watching just for her monologue alone, but if you keep watching you’ll still be having one heck of a time. Her shrill voice aside—something she addresses cheerfully in her very successful HBO special NICE LADY—Wolf dishes out the crisp zingers that we’ve missed from the airwaves (internet waves?) since the end of Jon Stewart’s aforementioned project and THE COLBERT REPORT. [Nicole Barraza Keim] 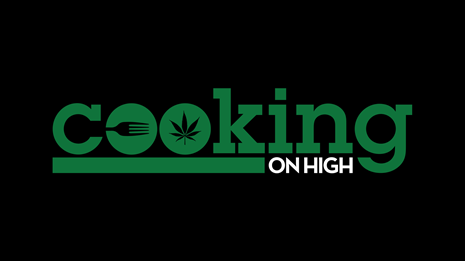 It’s really easy to see COOKING ON HIGH as a cynical, executive-driven product, since its premise reads like a lazy SNL parody of CHOPPED, but there are some interesting ideas here. Besides the use of weed as a main ingredient, COOKING ON HIGH attempts to differentiate itself with loosey-goosey casualness, which is a welcome departure from the dramatic spectacle of IRON CHEF or the high-class glamour of TOP CHEF. It’s novel that the non-chef judges (emo-rapper Mod Sun and comedian Ramon Rivas) are completely out of their depth and wonderstruck by the contestants’ talent, but their banter with host and YouTube “sensation” Joshua Lelya doesn’t click like it should. Josh’s smiley demeanor and hip attitude don’t come across as natural at all, and he’s overshadowed by the knowledge and likeability of co-host Ngaio Bealum. With each 15-minute episode having only one round, there isn’t time to devote to the contestants, one of whom actually cooks with weed in real life, so viewers can’t get into the competition at all. There’s only about one joke that works on a chemically unaffected brain, and the rather dull-looking set and Josh’s phoniness will be a turn-off to those that watch while high. Unless you devour everything related to weed and cooking shows, there’s not enough sustenance here for you. [Blake Michelle] 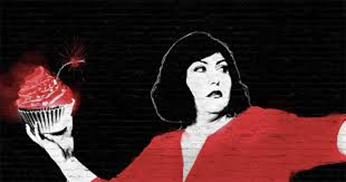 Almost! Off the top, AMC deserves credit for allowing fundamentally weird content such as this a place on network television. Whereas HBO shoots for franchise epics, Amazon tends to play its cards close to the chest with stellar genre fare, and Netflix errs on the side of being soullessly indebted to algorithms, this genuinely feels like a case of a novel reaching a group of execs, going through the development process, and making its way onto the small screen. Our story focuses on Plum Kettle, a self-described “fat” ghostwriter answering queries in an advice column for the aloof CEO of a teen magazine. It’s a bit convoluted as to how we get there, but before too long, an underground feminist cadre known as Calliope House is sniffing out Plum as a potential member, while a violent group of female vigilantes known as “Jennifer” continue to make headlines for their revenge-fueled murders of skeevy men, eventually drawing Plum into the middle of a dangerous plot. Unfortunately, while intermittently captivating, DIETLAND comes across as best suited for the beach chairs it initially took root in. Both the show and the author of the original novel make no secret about the fact that this story had its genesis as a feminist FIGHT CLUB, and while the diverse cast and sardonic takedown of beauty standards, sexism, fatphobia, and rape culture are all to be applauded, FIGHT CLUB also kinda sucks! The show reaches a bit too hard to land in the talk-y, ironic, anti-consumerist stride its inspiration successfully sold to boys in high school, and while Plum and the actress who plays her, Joy Nash, are a delight, the rest of the cast can never quite manage to sell the quirky, just-too-self-aware caricatures they portray. It’s occasionally chuckle-worthy, features intriguing, animation-heavy flights of fancy on behalf of Plum, and possesses a surprising amount of teeth as far as Jennifer and their attacks are concerned, but nothing ever feels cohesive or smooth. One of those things whose context you can appreciate more than its content, I’m sure the book is great; but without the stylized prose and with the on-the-nose dialogue kept in place, I’m afraid this one doesn’t make the cut. [Thomas Seraydarian] 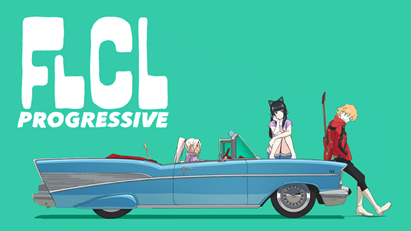 ‘Member FOOLY COOLY? Yes, the rehash revolution takes another property once thought to be virtually untouchable. Given the beloved original video animation’s airtight six-episode narrative (a total of approximately two-and-a-half hours, SEE IT IF YOU HAVEN’T!!), emulating such bottled lightning would prove near impossible. FLCL’s legendary cult status and themes of maturation speaking directly to the burgeoning pubescent of the early 2000s would also make any attempt at a successor series a unique challenge. Apparently taking place years after the original, FLCL: PROGRESSIVE follows young, unassuming schoolgirl Hidomi, who shuts the world off under cat ear headphones. Her new “teacher,” series mainstay and whacky space pirate Haruko Haruhara, sees potential in the secret fantasies going on between her cat ears. Just as she did with Naota so long ago, Haruko tries to transform Hidomi’s repressed sexual energy into giant robots by hitting her in the head with her bass guitar. But in Haruko’s way stands mysterious newcomer Julia Jinyu and her flying Chevy Bel Air. Though Jinyu sports a crazier aesthetic, she’s a serviceable no-nonsense foil to Haruko, forcefully keeping Hidomi away from Haruko. We’ve yet to see what this is all to come to, or whether the looming presence of Medical Mechanica, the corporate conglomerate-turned-space army that instigated the climax of the original, will play a role. It’s too soon to tell, especially with yet another season of FLCL: ALTERNATIVE slated for summer’s end, but speaking as a diehard fan, PROGRESSIVE is a lot of fun so far. Sure, not every single frame is praiseworthy, but Production IG’s smooth animation and famed J-rock outfit The Pillows returning for the soundtrack definitely helps retain the spirit of FLCL. The original, over-the-top, EVANGELION-offshoot passion project simply had a ton of charm, and while FLCL: PROGRESSIVE isn’t perfect, it too has charm to spare and satisfies in scratching this nearly two-decade itch. [Alexander Larios] 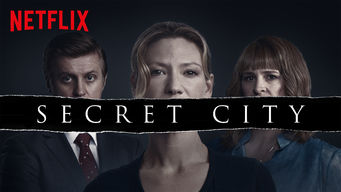 SECRET CITY begins with not one, but two ice-cold openings: a girl sets herself on fire in protest of Chinese treatment of the Dalai Lama, and a man runs away from sinister forces, swallows a MacGuffin, and jumps off a bridge to his death. In many ways, the six-episode Australian miniseries feels like a second season, and the audience is left to pick up the pieces and learn what everyone’s existing relationships are. As a result, there is some sloppy exposition dialogue, and it’s hard to keep track of whether a character is new to us or not. The show reveals its hand too often for my tastes, with characters preemptively outed as nefarious and cleared of any moral ambiguity in much the same way that the Governor was in WALKING DEAD, and the intrigue gets laid on a little thick with overly solemn acting and corny dramatic shots. However, the dual plots of political drama and BROADCHURCH-esque investigative procedural are interwoven well, and the overarching conceit of an Australia torn between the U.S. and China is an fascinating one. It’s spellbinding to watch our political journalist protagonist do her job, and her no-nonsense banter with friends and enemies alike is delightful, painting her as experienced in the cutthroat world of politics without turning her into a know-it-all. The episodes end on striking, lingering shots that chillingly illustrate how innocent lives are going to be casually discarded in this geopolitical conspiracy, and that level of stakes is a must for this style. I have reservations about the show’s density and forays into melodrama, but the point of a thriller pilot is to set up the chess pieces and get you invested in the larger game, and SECRET CITY is a hit on that basis. [Blake Michelle] 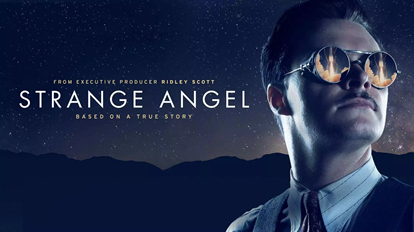 Sex. Magick. Rocket science. Does that not sound like the coolest show ever?! I don’t know about you, but I’ve been riding this wave of awesome period dramas (both realistic and fantastical) on a high, and STRANGE ANGEL’s marketing seems to indicate that it has it all. But the show falls short when it comes to integrating its very realistic and very fantastical elements into one single show. Instead, STRANGE ANGEL feels like two separate shows forced into a single package, with two strong storylines competing for dominance with tenuous connective tissue. Sadly, the attempt to bring a flashy Satanic storyline into what would have been a compelling period drama flatly quashes the interesting parts of the true storyline of the invention of rocket-propelled flight and the origins of human space travel. [Nicole Barraza Keim] 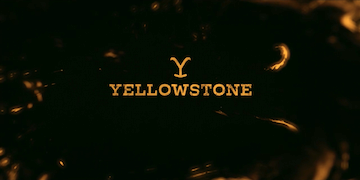 Between their mediocre miniseries WACO, their comedy series HEATHERS being dropped altogether, and now YELLOWSTONE, Paramount Network is not having a great year. Written and directed entirely by Taylor Sheridan (SICARIO and HELL OR HIGH WATER), YELLOWSTONE stars Kevin Costner as an aging rancher in Montana, trying to retain his land and wealth from both a Native American reservation and land developers. Even though the idea sounds fascinating and completely up Sheridan’s alley, YELLOWSTONE is anything but interesting; its 92-minute pilot is ultimately as dull and lifeless as a pile of hay. The main cast are nothing more than bland archetypes of the classic TV family (the old, tough father carrying the values of an older generation; the clever, cruel daughter; the “moral” son who wants nothing to do with his crooked family), and the feature-length pilot is crammed with just too much story to further develop its characters. The pilot is well-made, with an impressive budget and great direction, but that can’t save the absolutely abysmal writing and terrible performances. If the show didn’t take itself so seriously, it could at least be a fun bad watch, but the pilot was so boring I had to stop halfway through and take a break before continuing on. YELLOWSTONE may appear to be “prestige” TV on the surface, but when there’s more series available now than ever before, it’s hardly worth watching, even for fervent fans of Sheridan’s previous work. [Ethan Cartwright]

Everything Is Tired: The Carters in 2018