In the final scene of STAR WARS VII: THE FORCE AWAKENS, a determined Rey finds herself facing Luke Skywalker, desperate for answers in her newfound discovery of The Force. Much rides on her shoulders. Without Luke, the rebellion will surely be crushed and the New Order free to impose its harsh reign upon the galaxy. As Rey gazes into Luke’s tired eyes but before he is able to respond, the film cuts to credits. Shortly afterwards, Rian Johnson’s entrance as a new, directorial face in the STAR WARS saga marked a similar, pivotal point in the franchise’s future. Hope in largely unknown situations runs as a consistent theme throughout the film, and likewise, millions of fans have waited with bated breath to see if he would be able to pull it off. Although the skilled director of LOOPER and important episodes of BREAKING BAD, Johnson is largely foreign to the blockbuster world. But despite his short resume, STAR WARS VIII: THE LAST JEDI provides plenty of visual thrills, fun, and innovation, while occasionally failing to sustain a steady pace and tone. But to answer the question that many are thinking: no, this film is not the next THE EMPIRE STRIKES BACK, and maybe that’s a good thing . . .

Don’t worry, it’s still a little bit like THE EMPIRE STRIKES BACK

With that being said, let’s all stop comparing the original trilogy to these new films. If this franchise is going to go in any bold new directions, let us accept a newer, fresher direction. Johnson is admirable in the risks he takes, cutting ties with the old and bringing in the new. If STAR WARS VII: THE FORCE AWAKENS was criticized for being A NEW HOPE 2.0, then perhaps some of the inconsistencies of the film stem from our want for the old butting heads with the new. It’s impossible to ask for something thrilling and fresh while expecting these films to exactly replicate the feeling of a 30-year-old trilogy. The nostalgia over the course of generations, between father and son, mother and daughter, etc. are what make the franchise special, but should not confine it. Nearly a cultural obligation, Star Wars is a shared experience and a great unifier of peoples, who in current times barely agree that our internet is a nice thing to have. That being said, if we are so afraid of new stories and characters, then we are forgetting that there is a whole galaxy, far, far away, of people and creatures all waiting to be explored. Skywalkers be damned, it’s about time for something else.

Since THE FORCE AWAKENS, there has been no question that this is happening, but now Disney, Johnson, and Kathleen Kennedy have decided to move farther forward with the new generation of actors and ideas. Credit goes to Johnson, who also wrote THE LAST JEDI, for introducing older plot devices and tools to explore interesting relationships and dynamics between new and existing characters. At times, classic tropes seem to be re-hashed, only to be turned on their heads and twisted in a way to continuously re-define the narrative. I don’t want to get too specific about these situations in the fear of spoiling them for any potential readers, but don’t fret, there is plenty of time spent with Mark Hamill’s Luke and, thankfully, the late Carrie Fisher’s Leia, along with many other strong female characters. Hamill is a joy to see again and has a great dynamic with Daisy Ridley’s Rey. Finn, Kylo, and some other new faces work well-enough together, with various stand-out scenes and plenty of lightsaber action. The use of colors, specifically deep, passionate reds (clear from the marketing materials for the film) are used consistently throughout in a striking way that also shows the thought that went into all layers of production.

What still remains confusing is the pacing and structure of the film itself. The film clocks in at a long 150 minutes, interspersed with a series of quasi-mini films. Characters fight and die and cry and make up, but then we are shortly whisked away to another part of the story, barely given time to process them. These rapid changes throw off some otherwise excellent execution of scenes and character moments, with certain points of the film causing audible gasps and “ahhhs” in the theater. Part of the beauty of a STAR WARS film is experiencing these moments together with hundreds of other people, so it’s unfortunate that the film doesn’t always allow them to finish resonating. Other than issues with pacing, strange bits of humor among otherwise serious scenes don’t always land, which ultimately result in a constant and unexpected shifting of tone. In Johnson’s commitment to twists and change, he appears to sacrifice more refined storytelling and specific character choices. “I totally forgot to pick up those power converters . . .”

Nevertheless, it is a great thing that this film exists. Change is necessary and vital to the saga’s continued existence. Furthermore, it is healthy for fans to be divided over change and choices over plot and characters, because this same passion is always what has made these films so special. THE LAST JEDI has officially strengthened the argument for a new Star Wars trilogy to exist, which is fortunate, because Disney shows no sign of slowing down. Among other surprises that Johnson includes in the film are the resolutions of characters that we thought had already ended their stories, often transitioning to new trilogy characters in beautiful ways. Lastly, ideas of inclusion, love, hope, and the universal nature of The Force are needed in a world that is much different than the 1970s era that the series was founded in. As the series learns to grow and distance itself from its over-reliance on the old, change has come and is here to stay. Johnson and Disney have opened a Pandora’s box, ripe with opportunity, and have shown that a series this large isn’t afraid to break the rules. It will be fascinating to see where the next film takes us. 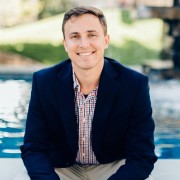 The First Day of Crossmas: Sufjan Stevens Becoming My Dad