Another eclectic week in TV Land. Some of the most highly anticipated shows of the year have started to drop (lookin’ at you, Jordan Peele) along with some more low-key surprises. Check out our thoughts on the latest below! 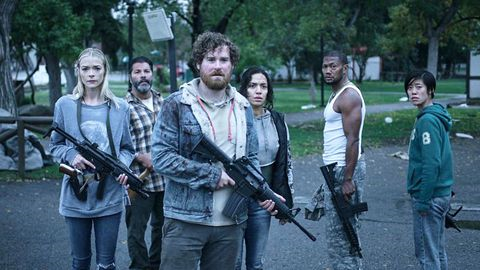 Ahh… the Asylum. The direct-to-video, related-but-legally-distinct-from mockbuster producer of such illustrious fare as all of the Sharknado films, ZOOMBIES, INDEPENDENTS’ DAY, and ALIEN PREDATORS, BLACK SUMMER represents a Netflix deal to rival their somewhat successful Syfy production, Z NATION. Look, any way you slice it, the Asylum’s complete lack of regard for taste, context, or, most often, quality can almost be admired… there’s something at least the slightest touch “punk” about releasing cheap, plasticine “spiritual peers” of Hollywood’s biggest outings days after the real deal gets distributed, and I’d still probably rather be inclined to crack open a six-pack and watch OUIJA 3: THE CHARLIE CHARLIE CHALLENGE than whatever dross Paramount is pumping out. All of this is to say that, even though it’s (un)officially a redux of Fear the Walking Dead, BLACK SUMMER is too competent to appeal to either camp.

I’ve never seen and will absolutely never see a single second of FEAR THE WALKING DEAD, but what at least mildly struck me about BLACK SUMMER is that it’s somewhat reminiscent of the segment of Stephen King’s THE STAND where they focus on small, contained anecdotes of “normal” citizens in the wake of the apocalypse. This more explicitly “web series” approach to a zombie narrative isn’t necessarily a bad one, as it theoretically opens the door up to an innumerable amount of tertiary casting and diversified narrative bents, and while it’s clear that there’s a lot of ground laid for an overarching interlocking narrative, the anecdotes that end up wrapping themselves up are some of the more striking ones, small splashes of color on a narrative canvas that’s present, but not oppressive, in the background. Unfortunately, overacting is rampant (Justin Chu Cary in particular) and the entire endeavor looks viscerally low-budget, a queasy blue tint infecting each and every frame. There are effective moments, sure, two characters stumbling across a subtly disturbing tableau where a man has tied up four people at gunpoint for unspecified reasons the most striking one, but it’s 2019, I’m tired of zombies, and this only earns indie points, if any at all. [Thomas Seraydarian] 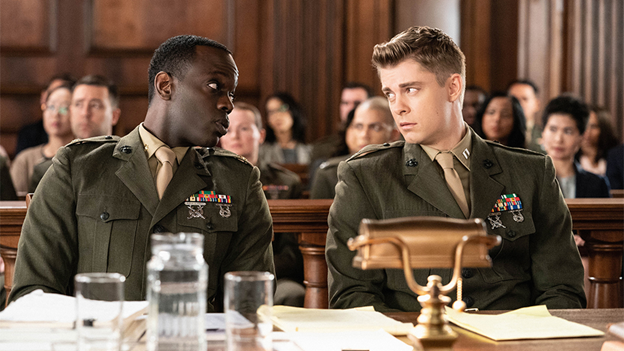 A striking recommendation, I’m sure, but I guess at the end of the day I can’t really call THE CODE anything other than “good for CBS.” If we’re going to be inundated with a never-ending string of law enforcement and legal procedurals, most of which have laughably braindead names (CBS literally already has a show called FBI, and I’m waiting for a show called “Cop”), a show focusing on military court proceedings is a comparatively deft melding of genre worlds, and at least paints different shades of morality as opposed to upholding America’s forces of law and order as an unequivocal and unchallengeable aspiration point. The pilot picks up with Abe (Luke Mitchell) and Trey (Ato Essandoh), two military attorneys taking on a case involving the sudden and shocking death of a higher-up at the hands of a mentally addled officer. From there, they quickly latch onto a larger conspiracy involving a base that refuses to proclaim anyone unfit for service, and it’s off to the races.

As much as it will certainly never rise above the noise in the era of prestige television… it’s fine! I would have absolutely no problem leaving THE CODE on while I deep-cleaned my apartment or something of the like. The set-up is fairly pulpy, the courtroom aspects are loud and melodramatic, the acting is passable, even if Luke Mitchell sounds and looks like every other white man on TV, and it at least checks the boxes in terms of diversity and inclusion, even if it feels rather corporatized. The star of the show ends up being a brief appearance by defense attorney Princess (Wayne Duvall), all Southern charm and quippable turns of phrase, but there’s nothing here that’s entirely a whiff. So once more I must let network TV thresh me with “fine, I guess, but watch something more important.” [Thomas Seraydarian] 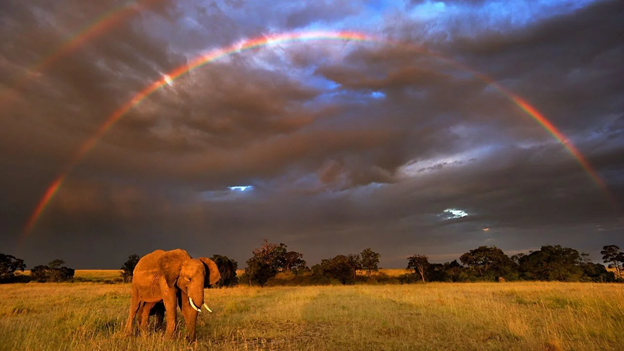 The sleepy zen of Britain’s best documentary narrator has finally made its way into streaming. In the style of PLANET EARTH, NATURE, ENCHANTED KINGDOM, and countless IMAX one-offs, OUR PLANET explores the various biomes of our home and the many strange, beautiful creatures that inhabit them. This show pulls viewers out of their homes and plunges them into the wild, serving a much-needed reminder that life is far more complicated than our jobs, stress, or financial woes. OUR PLANET doesn’t filter reality. It shows it in all of its messy glory… and that includes clips of runts who fall short of the pack, predators snapping at the vulnerable’s heels, and the cycle of an ecosystem’s life and death. It can be melancholic in its quiet study of our world, but that doesn’t take away from how stunning a lot of it is. Whether you’re a fan of documentary, nature, or plain gorgeous cinematography, OUR PLANET is for you. [Tracy Nicoletti] 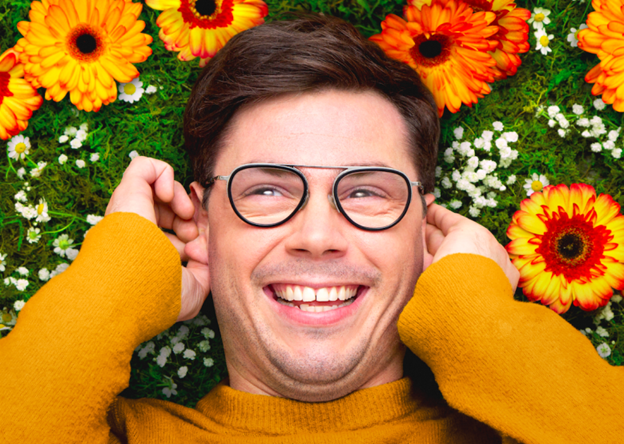 The diversity wand has struck Netflix in the best of ways with its new original show, SPECIAL. The 15-minute episodes follow Ryan, a young gay man with cerebral palsy who just wants to make his way in the world. It would have been easy to make a fine show centering on a man struggling with a disability, but what makes SPECIAL shine is that Ryan’s focus is allowing his disability to be a part of him without it defining him. There is a warm, very specific voice to Ryan and to the show, but it’s also legitimately funny. The first episode focuses on Ryan starting an internship at a chic millennial content mill called Eggwoke, run by hip boss bitch Olivia. The interactions between the hapless millennial employees, Olivia, and Ryan are hilarious, and are a good sign for humorous conflict later in the series. Due to the short length of the episodes and the specificity of the point of view, SPECIAL feels almost more like a web-series than a Netflix show, but it definitely has the bones to run with the big dogs in the streaming world. [Anna Mansager]

As of the last several years, dystopian dramas inspired by Rod Serling’s original TWILIGHT ZONE have been all the rage. Take stories like BLACK MIRROR, DARK, and STRANGER THINGS… each have their own spin on the unnatural and supernatural, always with an underlying human truth. CBS responded to those cult hits by debuting a rebooted, refreshed TWILIGHT ZONE, hosted and produced by Jordan Peele. But it arguably cruises in a little too late. The stories do carry the same eerie energy of the original. The horror is handled with subtlety, and is always balanced with a relatable, recognizable tale of human weakness. Each episode of this new series draws you in and grabs your interest, but it doesn’t really feel that new or innovative. If you’re a fan of the original series, I’d recommend giving it a watch. Just don’t expect it to be blazing any new trails for the genre. [Tracy Nicoletti]

A Rock and a Hard Place: The Twisted Morality of DRAGGED ACROSS CONCRETE

The Painful Lessons of EVERYBODY’S EVERYTHING